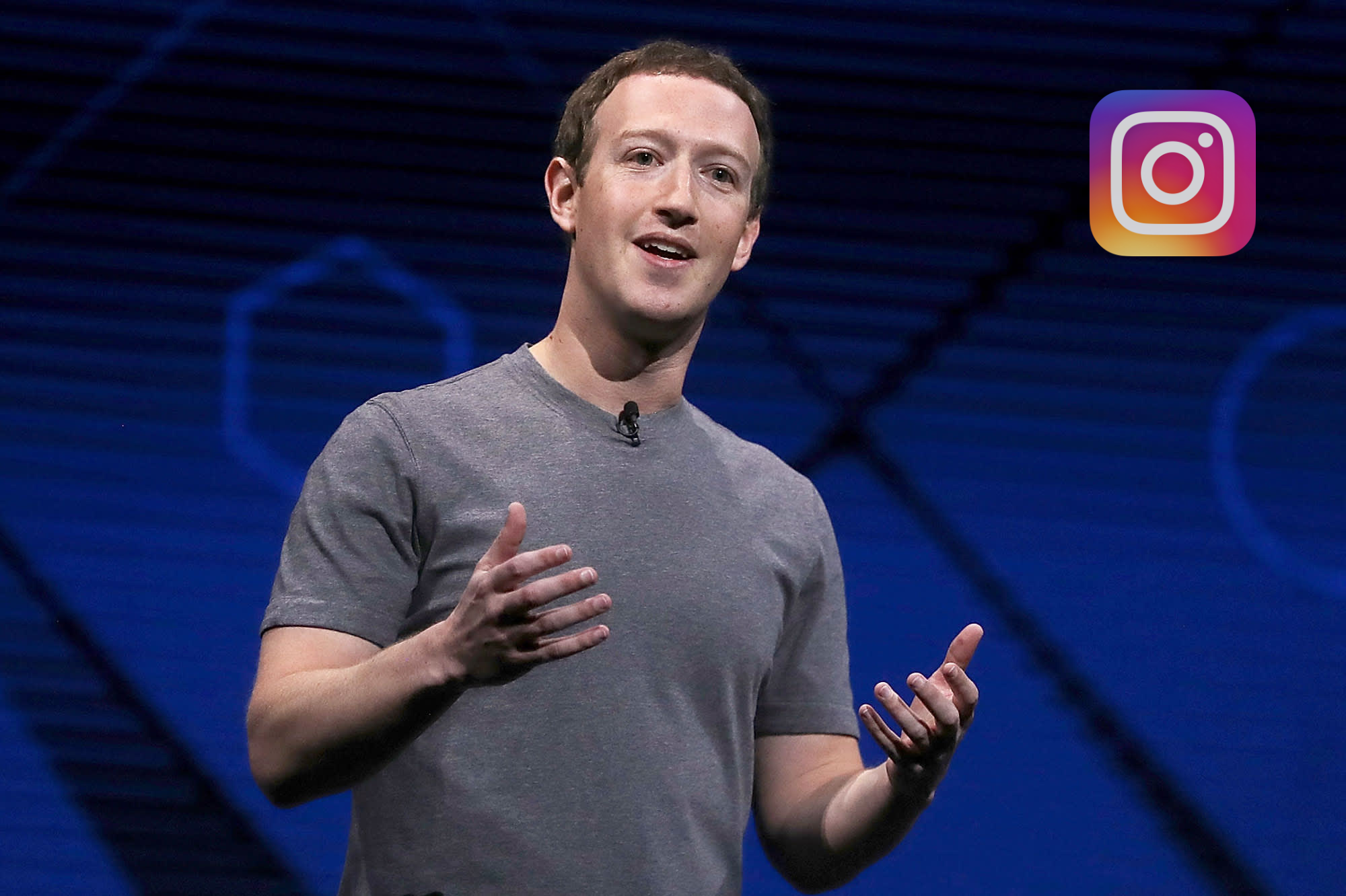 “We are working on bringing NFTs to Instagram in the near term,” Zuckerberg said in a conversation with Shark Tank’s Daymond John.

Mark Zuckerberg announced that Instagram is working on bringing NFTs to its platform in the next “several months,” as reported by Engadget, The Daily Beast, and Protocol.

“I’m not ready to announce exactly what that’s going to be today, but, over the next several months, the ability to bring some of your NFTs in, and hopefully over time be able to mint things within that environment.”

In December, Head of Instagram Adam Mosseri confirmed that the company was “actively exploring” NFTs with the goal of bringing the technology to a wider audience.

The NFT space is continuously expanding.

And it’s going to be especially big in the Metaverse.

NFTs in the Metaverse

The Metaverse will allow users to create virtual NFT marketplaces where a collection of NFTs may be displayed.

Influencers will have the leverage here as they could setup terms with artists to include their art in these virtual galleries.

An influencer may also charge a fee to enter this virtual gallery.

NIKE is already dipping its toes into the metaverse with its own virtual “Nikeland” and has now acquired a studio (RTFKT) known for making NFTs of products.

Museums are even getting in on this technology – they are currently placing NFT artwork in metaverses such as Cryptovoxels, powered by the Ethereum blockchain.

And although NFTs but more especially the Metaverse is a relatively new concept, the possibilities are going to be grand.

Meta is not the only social media giant to dive into the NFT space.

You cannot mint NFTs on Twitter and whether that becomes an option down the road is something we’ll have to wait to find out.

It seems everyone is jumping on the NFT bandwagon.

This isn’t a fad though, I think NFTs are here to stay, and so do the tech giants.

Not only are they becoming part of a new developing culture, but real-world value will keep them here long-term.

The NFT community has especially grown tremendously on Twitter.

Personalities such as Gary Vaynerchuck are very active in the NFT spaces on Twitter.

Read: What are NFTs and how will they change the world?

The largest movie theatre chain in the world just distributed more than half a million “I Own AMC” NFTs.

Collectors are selling these exclusive AMC shareholder NFTs in the market anywhere between $1,000 and $9,000.

Whether they sell for these prices is one thing, but the shareholder base believes these will multiply in value over the years.

The company is also entitled to a royalty fee every time an AMC NFT gets traded.

This is a great way companies can earn additional revenue!

NFTs are growing in value and the community is scaling faster than ever.

What are your thoughts on NFTs? 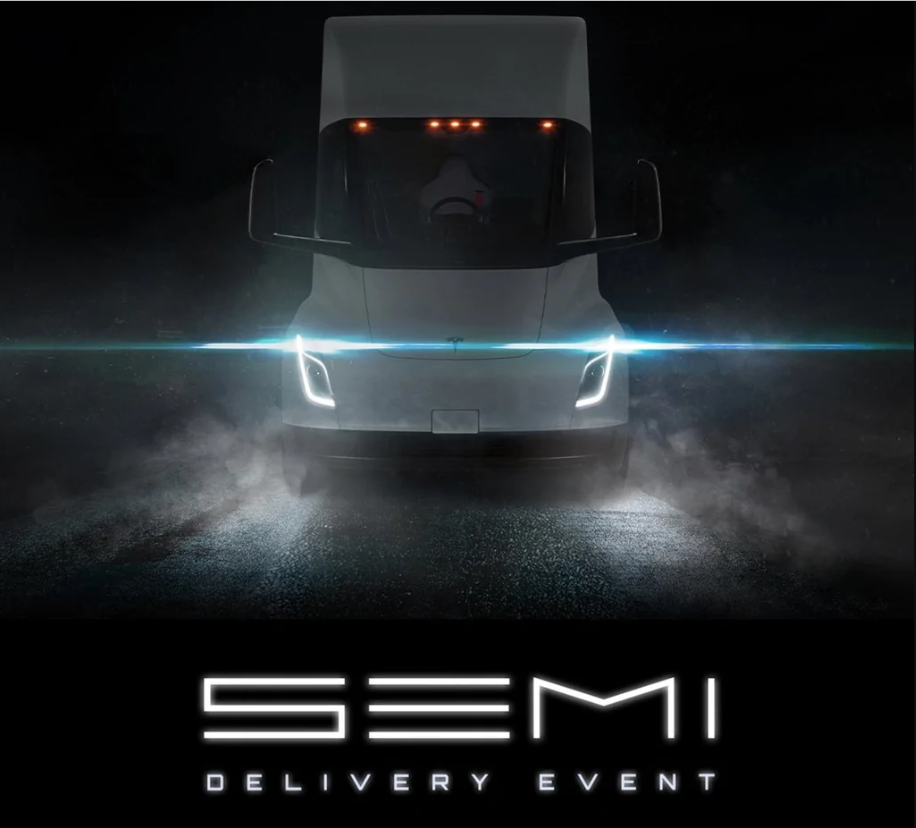 Tesla is delivering their first ever all-electric semi truck to Pepsi on the 1st of December.

Elon Musk recently boasted about the first full-load long-haul trip of a Tesla Semi which covered 500 miles on a charge with the 81,000 lbs. of combined truck and cargo weight it is capable of carrying.

California awarded a $15.4 million grant to one of the PepsiCo facilities that will put Elon Musk’s initial trucks to use.

The delivery was first announced back in 2017 so it’s exciting news to see this project become a reality.

CARB awarded the grant in September 2018 to an air district in California’s Central Valley that partnered with PepsiCo’s Frito-Lay to transform its manufacturing site in Modesto, California.

The company wanted to replace all of its diesel-powered freight equipment with zero-emission trucks and install solar panels and energy-storage systems.

Tesla’s Semis were the last piece of the project.

PepsiCo will host an event to showcase the Modesto facility’s transformation on Jan. 18.

But rather than hold court where its customer will be the first to operate a commercial fleet of Semis, Tesla will stage its event Thursday at its massive factory near Reno, Nevada.

The company bills the Semi as nothing less than the future of trucking, but that may prove to be as overly optimistic as its initial plan to start production in 2019.

For one, truck stops aren’t ready to deliver the huge amounts of power big rigs and their giant batteries will require.

One recent study found the projected power needs for a big truck stop will equal that of a small town by 2035.

Musk said during Tesla’s last earnings call that the company is tentatively aiming to produce 50,000 Semis for North America in 2024.

He appears to have taken the product off the back burner after the passing of the Inflation Reduction Act, which makes up to $40,000 tax credits available to commercial vehicles.

For all the help truck manufacturers and their customers are getting from governments, the transition to cleaner commercial vehicles also will be dictated by tougher emissions rules forcing the issue.

“Trucking will always be driven by cost per mile and total cost of ownership,” said Mike Roeth, executive director of the North American Council for Freight Efficiency.

“But we’re moving into a world where diesel is no longer an option because of changing regulations. The game has changed, and fleets are leaning into zero-emission options, whether its electric or hydrogen.”