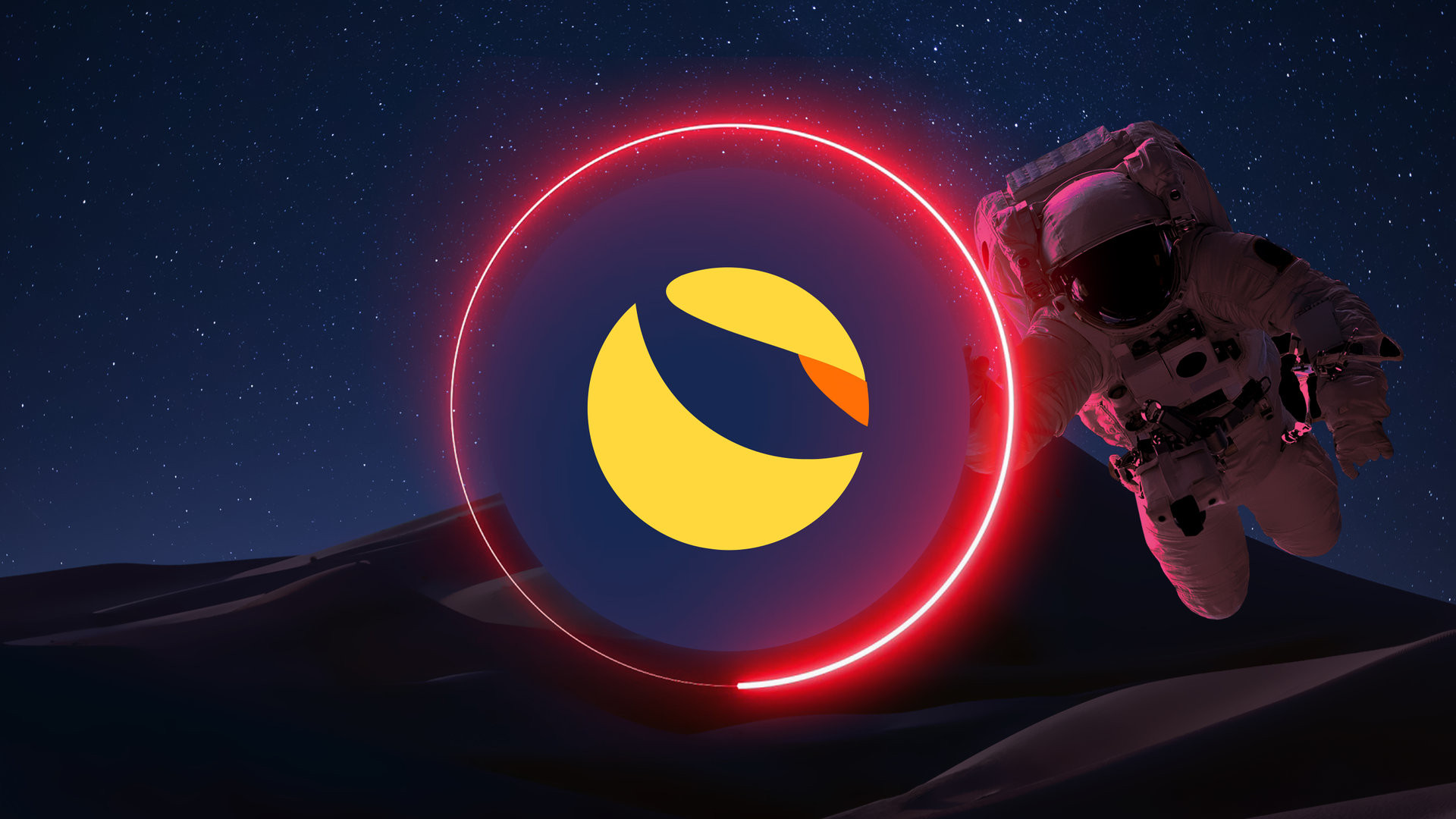 Terra Luna experienced a historic meltdown surprising the entire crypto world since the cryptocurrency is a stablecoin.

$LUNA took a cliff dive from $80 per token to now trading fractions of a penny, essentially flat lining.

But is Terra Luna truly dead?

And what are the latest Luna updates?

Let’s dive right into it.

LUNA investors were left with mixed thoughts, feelings, and opinions about the cryptocurrency and its developers after the asset had dropped below zero.

It just happened so fast.

Do Kwon, one of Terra LUNA’s founders has faced severe backlash from the crypto community as a whole.

Influencers in the stock market community are even jumping in calling this event an irresponsible failure.

Investors lost their lifesavings (though you should never keep your lifesavings in one basket), others lost big investments in LUNA.

Do Kwon and his developers were quick to try and calm down the situation as they ensured the LUNA community solutions were in the mix.

Asia Financial reports Do Kwon and Co-Founder Daniel Shin are being investigated by authorities.

Investors are believed to have lost more than $40 billion after TerraUSD became untethered from its 1:1 US dollar peg.

What is the latest LUNA update?

According to Do Kwon, a revival plan is in the works for those who were affected prior to the de-pegging of TerraUSD.

With that being said, a brand-new network launch is supposed to take place on Friday May 27th.

Terra Luna holders will be airdropped the new LUNA token.

1 billion new LUNA tokens will be in circulation.

Just don’t expect to receive millions of new tokens if you bought the dip and are currently holding millions of Terra LUNA.

Similar to what happens to a stock when a company merges with another company is what’s going to happen to the asset.

Holders will receive a new token with a new value and new quantity.

So, will LUNA go up?

LUNA will go up but in its new form as a new token.

New investors will get the chance to buy the crypto at a low price with only 1 billion tokens in circulation, contrary to the current 6.5 billion.

What is my LUNA price prediction?

It’s not so much of an actual number, but rather event.

The new LUNA token will get pumped in its new form – without a doubt.

It’s a matter of whether investors will take advantage now before they buy the highs.

There is potential here to make money, just don’t get in too late because it’s very possible the new LUNA token ends up becoming a ‘meme coin’.

Today we are going over a list of the best crypto exchanges for beginners.

If you’ve been curious about how to invest in crypto or how to buy cryptocurrency for the first time but haven’t started, this article is going to provide you with loads of value!

I began investing in stocks back in 2019 and didn’t discover the power of buying crypto until 2021 and I wish I would have started sooner (don’t we all?)!

Signing up with these crypto exchanges is easy!

Coinbase is by far one of the easiest and best crypto exchanges beginners can use to buy cryptocurrency for the very first time.

I wish I would have started out with this one in the beginning and kept all of my cryptocurrencies in this platform alone, it’s that good.

Coinbase allows you to buy just about any cryptocurrency in the market.

Kraken is another great and alternative option for crypto investing.

This is also one of the best crypto exchanges for beginners due to how easy it is to use.

Kraken had a very outdated layout last year but has done drastic changes to its mobile app this year.

This crypto exchange continues to be one of my all-time favorites.

Binance is a great crypto exchange for people who want something a little more technical.

The platform’s format is a little more advance but still mobile friendly.

One of the biggest pros to using Binance is its low trading fees.

CoinMarketCap is another popular crypto exchange beginners can use to buy crypto.

While fees may vary depending on which crypto you trade, the layout is fairly easy to navigate, just like Coinbase or Kraken.

What I like about CoinMarketCap is that it has more options than Coinbase or Kraken offer but is simpler to use than Binance. 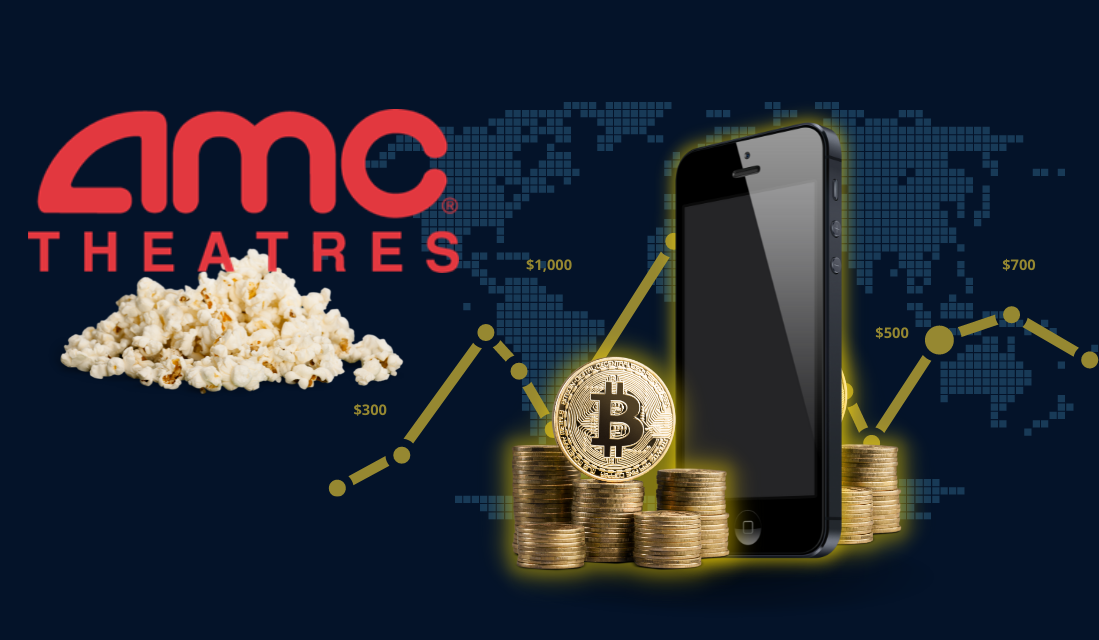 AMC Entertainment is one of the biggest businesses in America to lead this trend. Here’s how you can purchase tickets online with Bitcoin, Dogecoin, Shiba Inu coin, and many more cryptocurrencies.

STEP 1: Ensure you have cryptocurrency

Before you get started, you’ll need to have cryptocurrency in your exchange first. But don’t worry this is super easy to set up if you don’t hold cryptocurrencies!

Head over to Coinbase and open your crypto exchange account.

Opening your account with Coinbase will only take you minutes before you’re fully setup with the exchange.

Once you’ve opened your crypto account, funded it, and purchased your very first cryptocurrency you’re ready for the next step!

STEP 2: Set up your Coinbase Wallet

Your Coinbase Wallet is going to allow you to connect directly with AMC Theatre’s invoice to purchase movie tickets online.

Once you’ve set up your Coinbase account it’s time to activate your crypto wallet.

Pan over to the ‘Individuals’ tab and select ‘Wallet’.

Activating your Coinbase Wallet is as easy as simply logging in and authorizing it!

Head over to amctheatres.com and create your free login account (this only takes 1 minute). Once you’ve created your account you are now ready to purchase movie tickets online with your cryptocurrency!

Select which movie you’d like to buy movie tickets for and click ‘Get Tickets’. You’ll be prompted to locations near you as well as showtimes.

Select your preferred AMC theatre and time and choose your seats. Once you see your total, scroll down to confirm your payment method.

Select BitPay as your payment method so you may purchase your AMC Theatres movie tickets online using cryptocurrency.

BitPay will prompt an invoice screen so you can begin your payment. Click ‘Begin Payment’.

Now that you’ve started your payment choose the Coinbase Wallet you setup earlier. And if you already have wallet that’s not with Coinbase, you can search for it in the payment form.

Keep in mind that if you do not have a crypto wallet setup, you will not be able to purchase your tickets online using cryptocurrency.

STEP 5: Choose which cryptocurrency you will be using to pay for your tickets

AMC Theatres is currently accepting the following cryptocurrencies as form of payment for online movie tickets:

The BEST times to leverage your cryptocurrency is when the crypto market is performing very well. This will allow you to make the most out of your investment when making online purchases such as AMC movie theatre tickets.

AMC Theatres is the largest movie theatre chain in the world. Founded in 1920, AMC has the largest share of the U.S. theatre market ahead of Regal and Cinemark Theatres.

Read: Is AMC a good stock to buy? | Related: AMC Theatres: The Most Anticipated Movies Coming in 2022