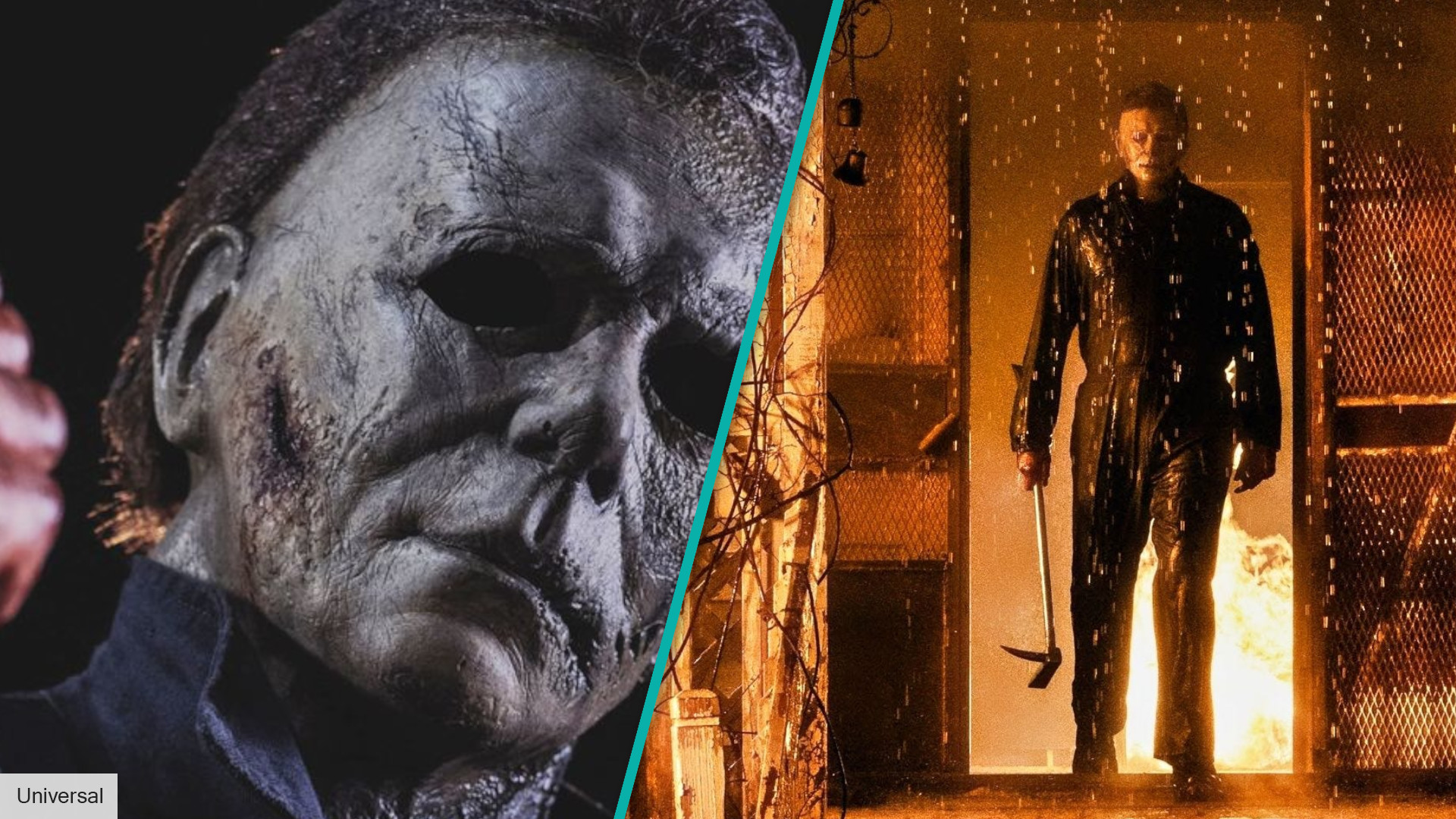 Movies in 2022 are going to kill it! No pun intended. Today I’m going over the most anticipated films coming to an AMC movie theatre near you this year.

Movie theatres are back, and movie lovers are getting excited for these upcoming titles. Leave a comment below letting us know which film you’re most looking forward to.

A dream team of formidable female stars come together in a hard-driving original approach to the globe-trotting espionage genre in The 355.

Starting of new movies in 2022, we have Scream.

Celebrating the joy of being back together with your best friends and a perfectly executed shot to the dingdong, the original jackass crew return for another round of hilarious, wildly absurd, and often dangerous displays of comedy with a little help from some exciting new cast. Johnny and the team push the envelope even further on February 4 in jackass forever.

Packed with original songs by Jennifer Lopez and global Latin music star Maluma, Marry Me arrives next Valentine’s Day with Lopez starring as musical superstar Kat Valdez and Owen Wilson as Charlie Gilbert, a math teacher—total strangers who agree to marry and then get to know each other. An unlikely romance about two different people searching for something real in a world where value is based on likes and followers, Marry Me is a modern love story about celebrity, marriage and social media.

Belgian sleuth Hercule Poirot’s Egyptian vacation aboard a glamorous river steamer turns into a terrifying search for a murderer when a picture-perfect couple’s idyllic honeymoon is tragically cut short.

Set against an epic landscape of sweeping desert vistas and the majestic Giza pyramids, this dramatic tale of love gone wrong features a cosmopolitan group of impeccably dressed travelers and enough wicked twists and turns to leave audiences guessing until the final, shocking denouement.

Uncharted introduces audiences to street-smart Nathan Drake (Tom Holland) and showcases his first treasure-hunting adventure with wisecracking partner Victor “Sully” Sullivan (Mark Wahlberg). Inspired by the acclaimed video game series, this action-adventure epic spans the globe and follows Nate and Sully as they embark on the dangerous pursuit of “the greatest treasure never found” while also tracking clues that may lead to Nate’s long-lost brother.

The Batman has been one of this biggest ‘must watch’ movies in 2022.

Brilliant, but reclusive author Loretta Sage (Sandra Bullock) has spent her career writing about exotic places in her popular romance-adventure novels featuring handsome cover model Alan (Channing Tatum), who has dedicated his life to embodying the hero character, “Dash.” While on tour promoting her new book with Alan, Loretta is kidnapped by an eccentric billionaire (Daniel Radcliffe) who hopes that she can lead him to the ancient lost city’s treasure from her latest story.

Wanting to prove that he can be a hero in real life and not just on the pages of her books, Alan sets off to rescue her. Thrust into an epic jungle adventure, the unlikely pair will need to work together to survive the elements and find the ancient treasure before it’s lost forever.

One of the most compelling and conflicted characters in Sony Pictures Universe of Marvel Characters comes to the big screen as Oscar® winner Jared Leto transforms into the enigmatic antihero Michael Morbius.

Dangerously ill with a rare blood disorder and determined to save others suffering his same fate, Dr. Morbius attempts a desperate gamble. While at first it seems to be a radical success, a darkness inside him is unleashed. Will good override evil – or will Morbius succumb to his mysterious new urges?

If you thought this trailer was sick just wait until you see more movies coming out in 2022.

The world’s favorite blue hedgehog is back for a next-level adventure in SONIC THE HEDGEHOG 2. After settling in Green Hills, Sonic is eager to prove he has what it takes to be a true hero.

His test comes when Dr. Robotnik returns, this time with a new partner, Knuckles, in search for an emerald that has the power to destroy civilizations. Sonic teams up with his own sidekick, Tails, and together they embark on a globe-trotting journey to find the emerald before it falls into the wrong hands.

There are many movies coming out in 2022 for kids, Sonic happens to be a favorite.

Michael Bay tones down his blockbuster tendencies just a bit (presumably) for this smaller-scale thriller about a pair of thieves who unknowingly rob an ambulance carrying a paramedic and a patient in critical condition.

Enter a new dimension of Strange. Watch the official trailer for Marvel Studios’ Doctor Strange in the Multiverse of Madness. Only in AMC theaters May 6.

In Marvel Studios’ “Doctor Strange in the Multiverse of Madness,” the MCU unlocks the Multiverse and pushes its boundaries further than ever before. Journey into the unknown with Doctor Strange, who, with the help of mystical allies both old and new, traverses the mind-bending and dangerous alternate realities of the Multiverse to confront a mysterious new adversary.

Doctor Strange is one of the coolest characters in the Marvel Universe. The movies for 2022 keep on getting better.

After more than thirty years of service as one of the Navy’s top aviators, Pete “Maverick” Mitchell (Tom Cruise) is where he belongs, pushing the envelope as a courageous test pilot and dodging the advancement in rank that would ground him.

When he finds himself training a detachment of Top Gun graduates for a specialized mission the likes of which no living pilot has ever seen, Maverick encounters Lt. Bradley Bradshaw (Miles Teller), call sign: “Rooster,” the son of Maverick’s late friend and Radar Intercept Officer Lt. Nick Bradshaw, aka “Goose”.

Jeff Goldblum closed out the last chapter of the Jurassic franchise by declaring humans would have to learn to co-exist with dinosaurs, and though the plot of this trilogy-capper is being kept under pretty tight wraps, it’s safe to assume it will deal with the ramifications of Lost Kingdom. The big news here is that original stars Laura Dern and Sam Neill are both returning alongside Goldblum, Bryce Dallas Howard, and Chris Pratt.

Chris Evans will lend his voice to the “real” Buzz Lightyear, the astronaut who was the inspiration for the action figure voiced by Tim Allen, in a prequel that will explore how he became so famous that they turned him into a toy.

Movies in 2022 keep getting better.

The film explores the life and music of Elvis Presley (Butler), seen through the prism of his complicated relationship with his enigmatic manager, Colonel Tom Parker (Hanks). The story delves into the complex dynamic between Presley and Parker spanning over 20 years, from Presley’s rise to fame to his unprecedented stardom, against the backdrop of the evolving cultural landscape and loss of innocence in America. Central to that journey is one of the most significant and influential people in Elvis’s life, Priscilla Presley (Olivia DeJonge).

Marvel’s second film of 2022 is the highly anticipated follow-up to Taika Waititi’s Thor: Ragnarok, which reinvented the character to the delight of critics and audiences alike. Natalie Portman’s Jane Foster will return to the franchise, and it’s been teased that she will wield Thor’s hammer, Mjolnir, at some point.

An original movie event, Bullet Train is a fun, delirious action-thriller from the director of Deadpool 2, David Leitch. Brad Pitt headlines an ensemble cast of eclectics, diverse assassins – all with connected yet conflicting objectives – set against the backdrop of a non-stop ride through modern-day Japan.

Fantastic Beasts: The Secrets of Dumbledore (2022)

Warner Bros. Pictures’ “Fantastic Beasts: The Secrets of Dumbledore” is the newest adventure in the Wizarding World™ created by J.K. Rowling.

Professor Albus Dumbledore (Jude Law) knows the powerful Dark wizard Gellert Grindelwald (Mads Mikkelsen) is moving to seize control of the wizarding world. Unable to stop him alone, he entrusts Magizoologist Newt Scamander (Eddie Redmayne) to lead an intrepid team of wizards, witches and one brave Muggle baker on a dangerous mission, where they encounter old and new beasts and clash with Grindelwald’s growing legion of followers. But with the stakes so high, how long can Dumbledore remain on the sidelines?

This is one of those movies you have to watch in 2022, especially if you’re a Harry Potter fan.

Will Michael Myers finally be defeated? Jamie Lee Curtis returns in the new Halloween Ends film. The official trailer has yet to be released but I’m especially excited for this one!

Nothing like watching a horror film at the movie theatres. Halloween Ends is one of the movies in 2022 I’m really looking forward to watching.

A spin-off from ‘Shazam!’ (2019) centered around the character’s anti-hero nemesis, Black Adam. Dwayne Johnson has been attached to star in Black Adam since at least as early as 2014, but in 2022 he’ll finally hit the big screen and officially join the DCEU as the all-powerful antihero.

Not much is known about the story line yet, but The Flash is coming to movie theatres this November. Rumors are the storyline will follow closely to the comics.

With the late Chadwick Boseman no longer being a part of this new installment, Marvel Studios is releasing this second film. Subscribe to the newsletter for updates.

The upcoming film, currently set for a December 16, 2022 release, will be the first of four sequels that Cameron has been ambitiously working on for years now. The final film in the action sci-fi franchise will arrive in 2028, and for many, the scale of the Avatar series is so huge that it’s hard to even imagine just what’s going to be in store for audiences.